Legends of Runeterra: Empires of the Ascended

As the third expansion set to the award-winning Legends of Runeterra, this set is focused on the addition of the Shurima region of Runeterra. The full set was released in 4 incremental releases; Empires of the Ascended, Guardians of the Ancient, Rise of the Underworlds, and a special event, Sentinels of Light. With 120 new cards, including new Keywords, mechanics, Spells, and champions, the Empires of the Ascended set once again pushed the gameplay and visuals to new heights. In additional to the base content, there were also multiple new Labs modes released which changed up mechanics and threw new challenges to players.

‍
Legends of Runeterra is the award-winning, free-to-play collectible card game featuring hundreds of unique visual effects moments from full-screen champion level-ups, complex Spells, and individual Board and Guardian customizations. It was released worldwide in April of 2020 across the PC, Android, and iOS platforms to critical acclaim and public praise for rejuvenating the CCG genre. In December of 2020, it was awarded “iPad Game of the Year” by Apple.

The Empires of the Ascended expansion brought more stunning visuals and gameplay to Legends of Runeterra. With an ever expanding game, performance was beginning to become a bit of a bottleneck, both from technicalities of rendering images on the screen, and just from the sheer amount of assets being shipped with each new release.

With champion level ups being the biggest spectacles in the game, we pivoted to offline rendering integrated into the game at runtime. This gained us a lot in a variety of ways; each level up would consume the same amount of space on disc and in RAM so performance became much more predictable, it allowed us to do things we hadn't done before like camera cuts, full crowd sequences and essentially unlimited ways to generate the moments, it also freed up artists to experiment a bit without needing to worry about breaking anything. We were able to try new shader approaches, integrate new types of tools, and experiment with ways to add depth to the scenes that would otherwise be unachievable in the core game.

In addition to the champion levels ups, we also built more and more exciting guardians and boards to play on. Each getting a bit more intractable with more work put into fleshing out the pipeline.

The Labs mode was a huge success as well. Working with the Riot team on a fast paced release schedule for the Labs modes was incredibly fun and challenging, and allowed us to branch our skillset out from traditional, in-game VFX to other areas, such as UI and scene transition motion and VFX. 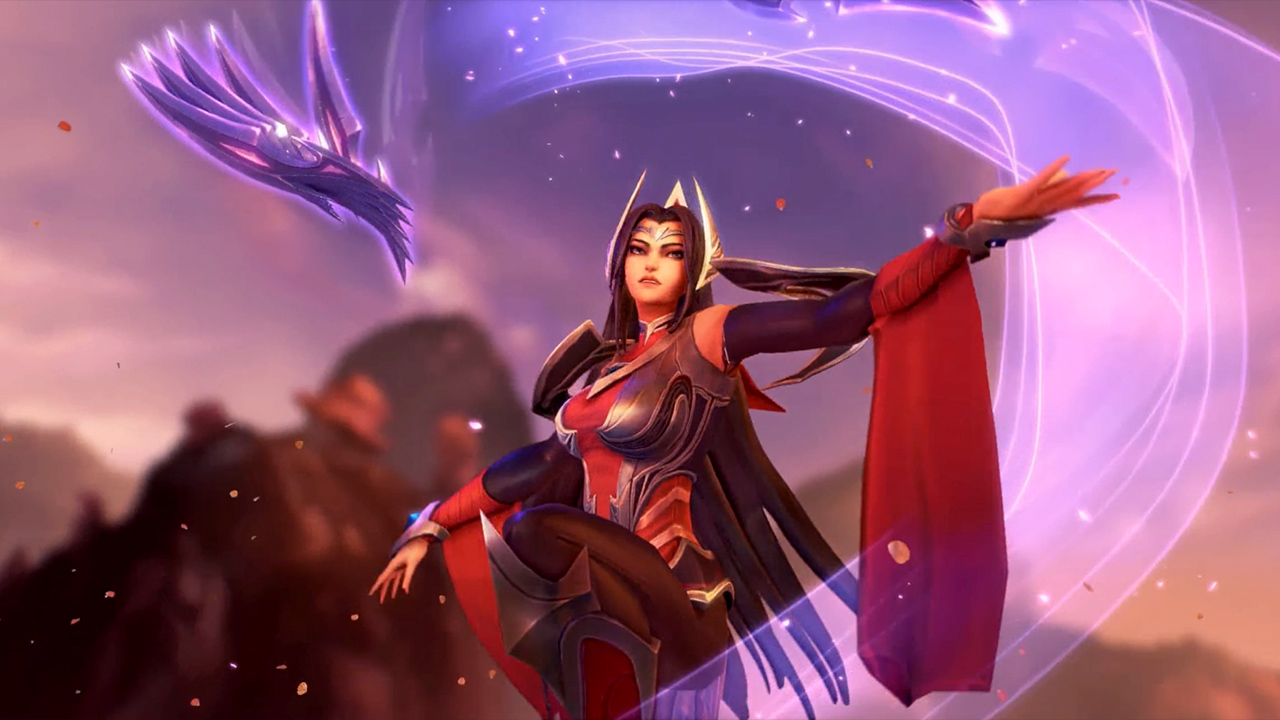 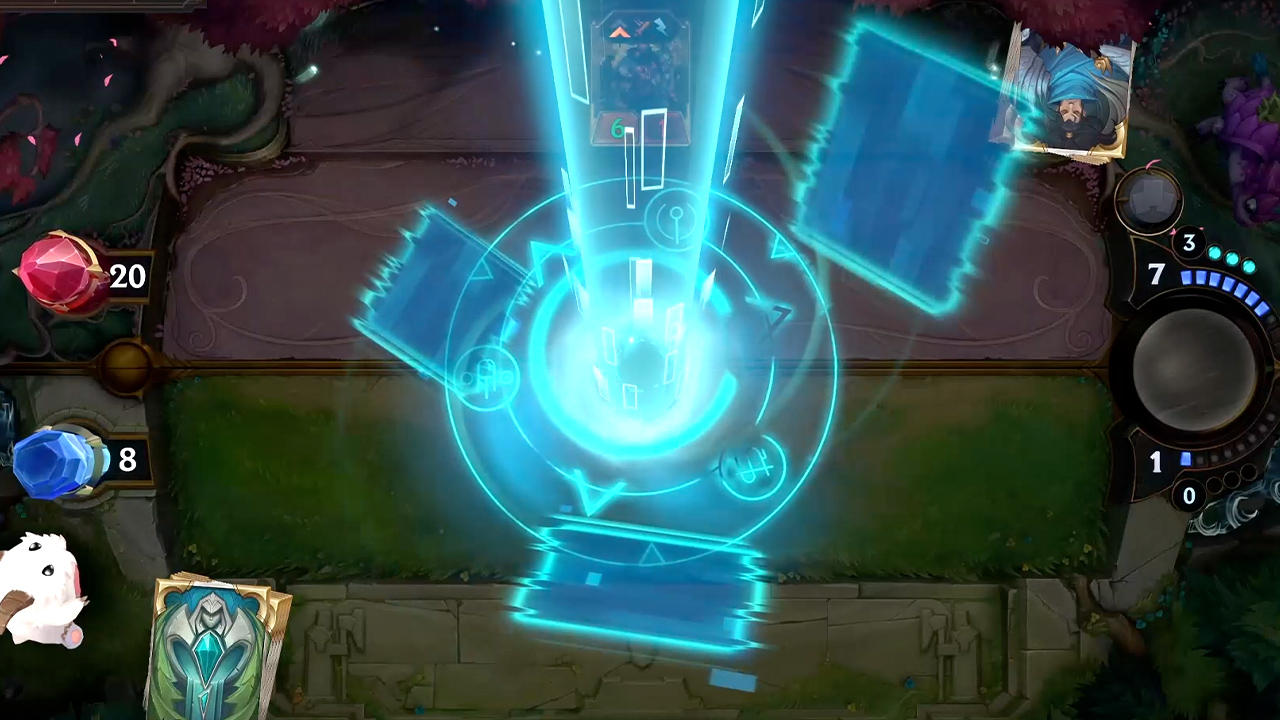 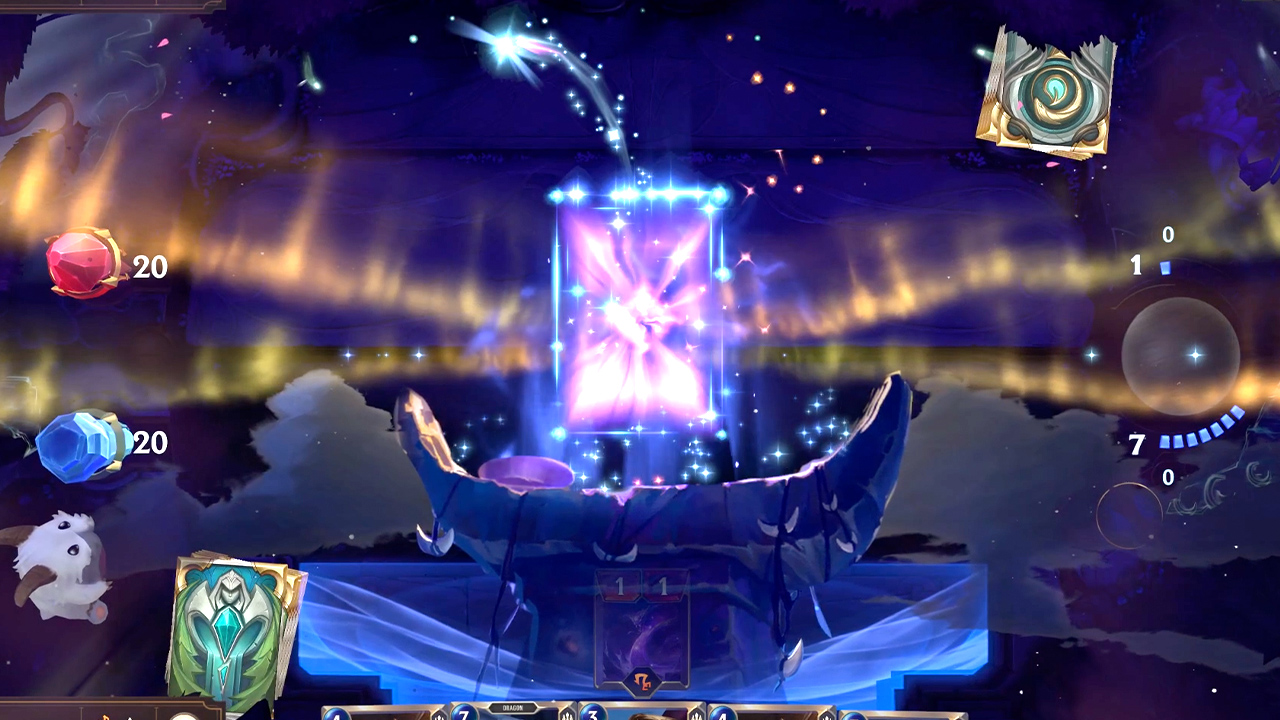 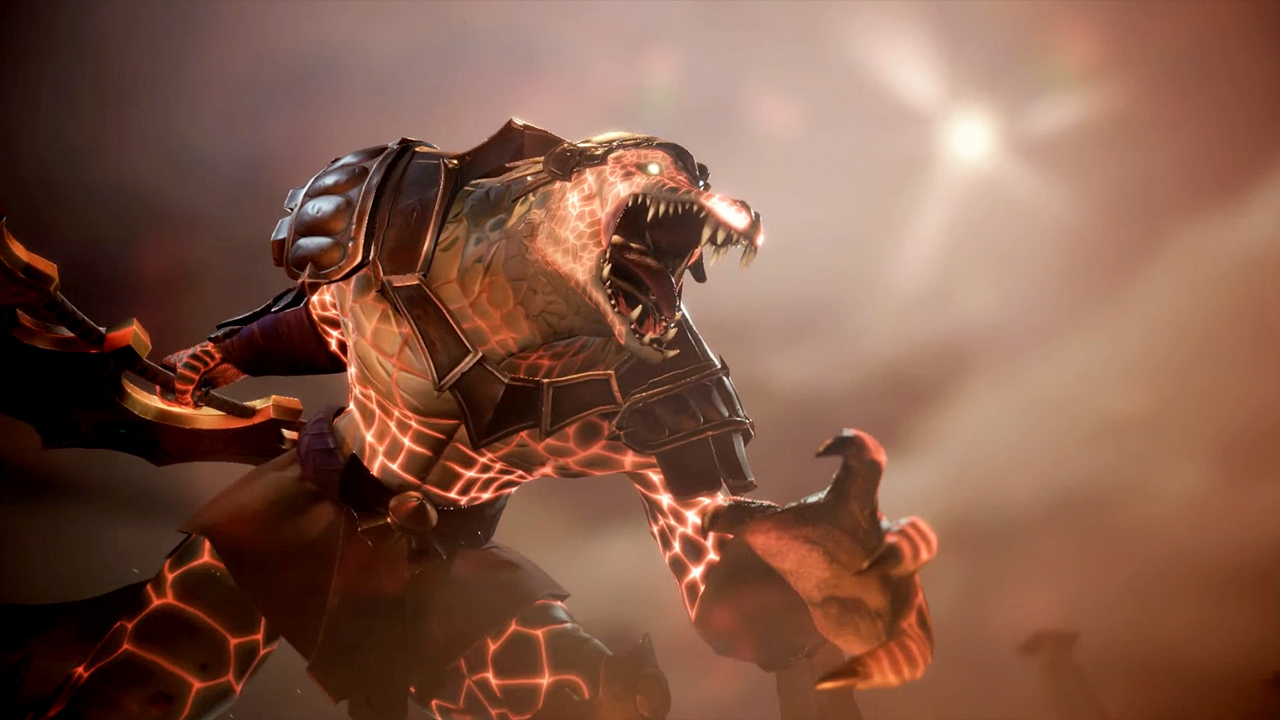 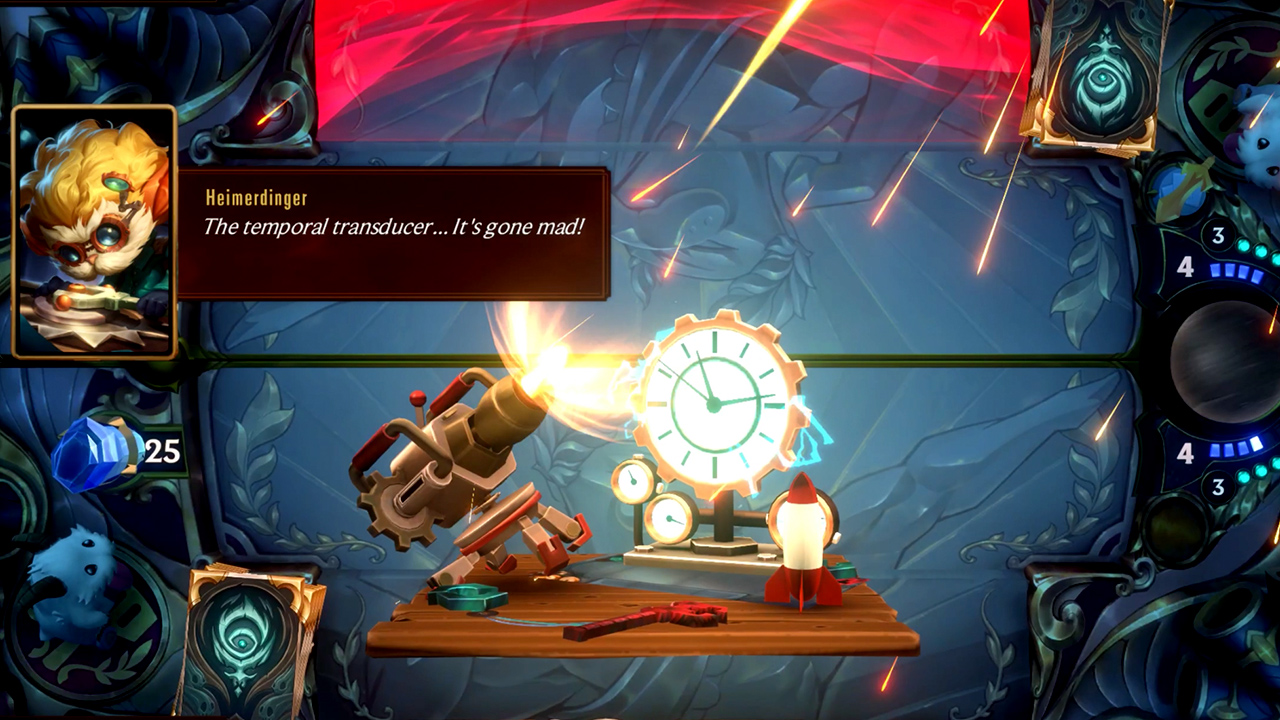 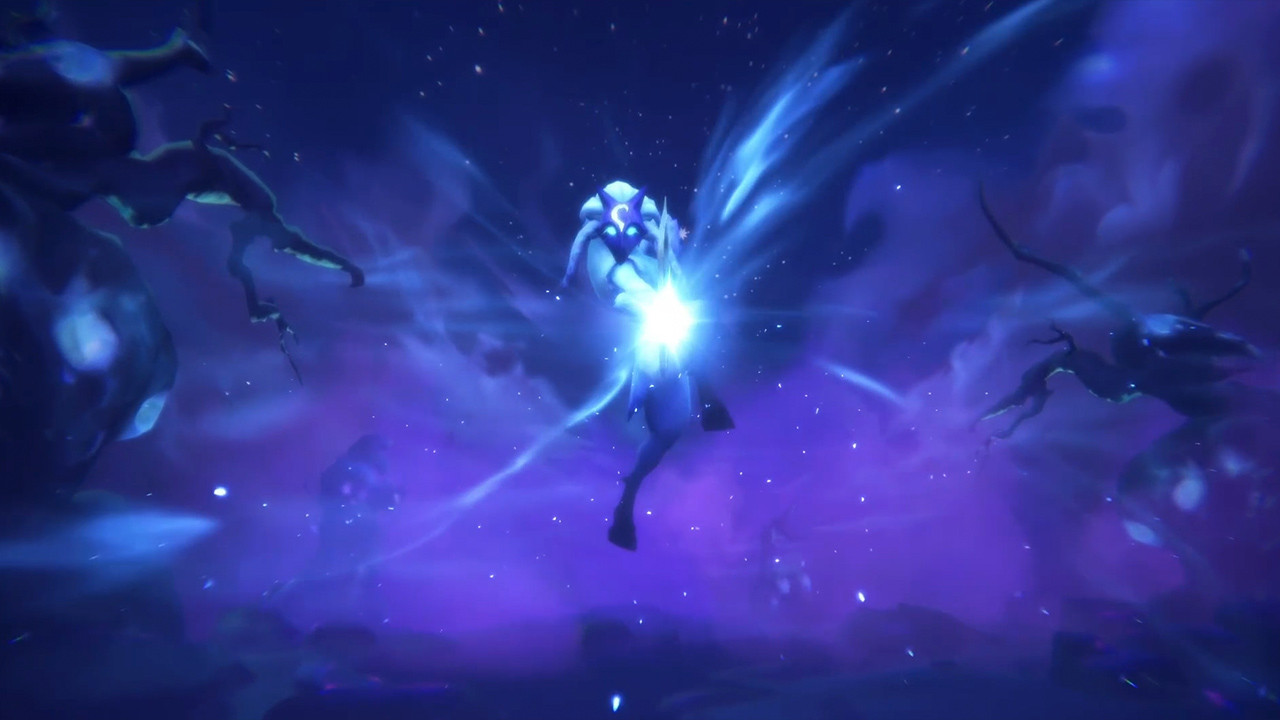 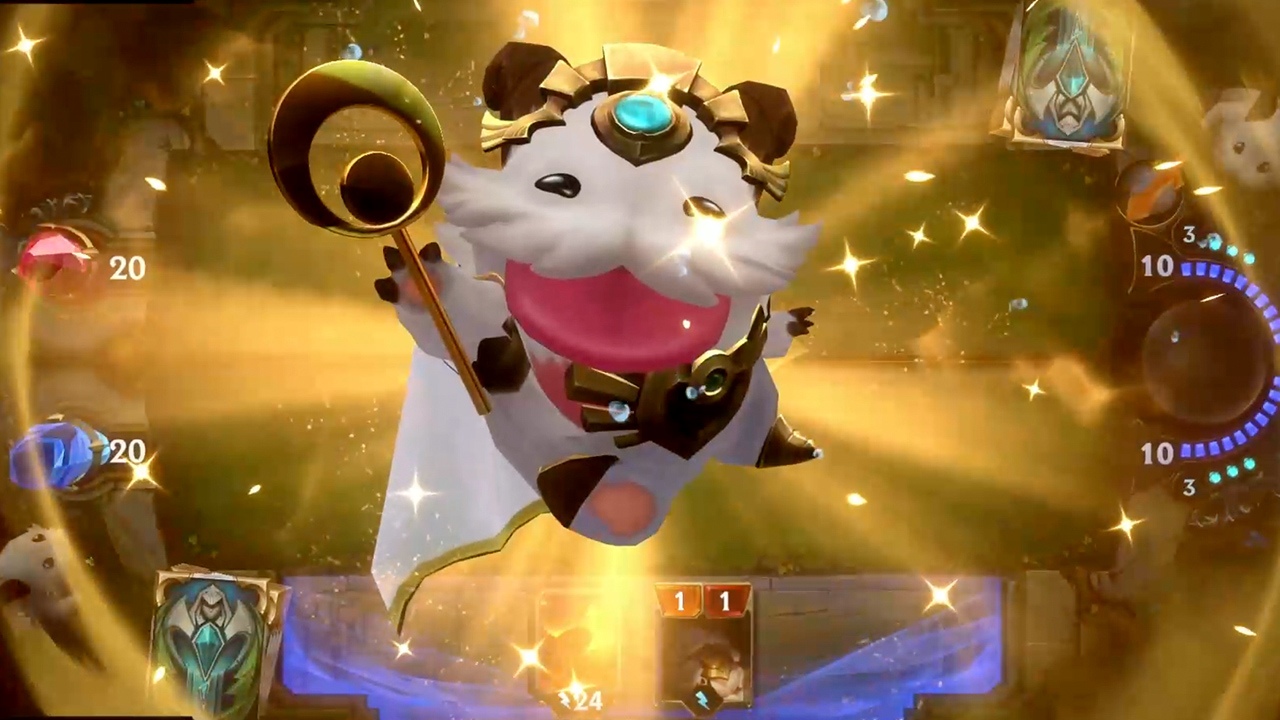 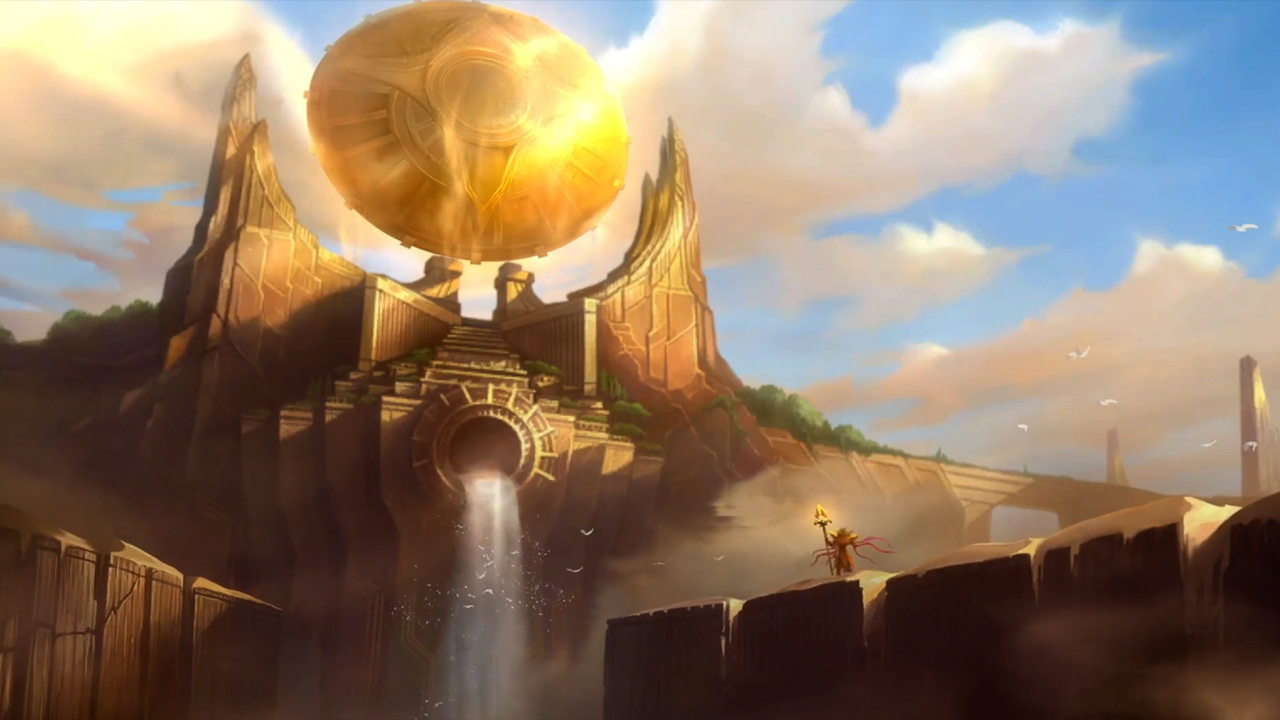